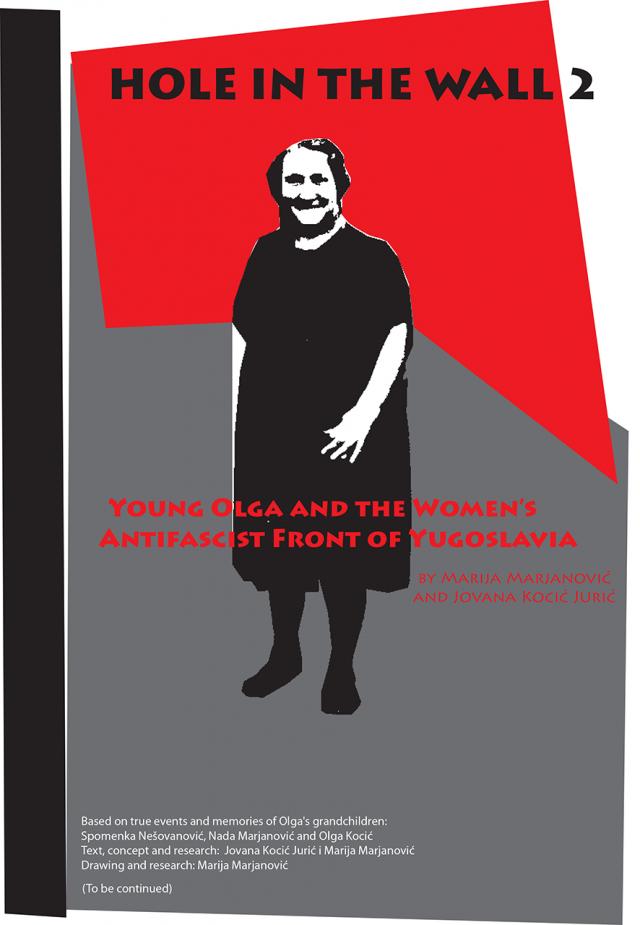 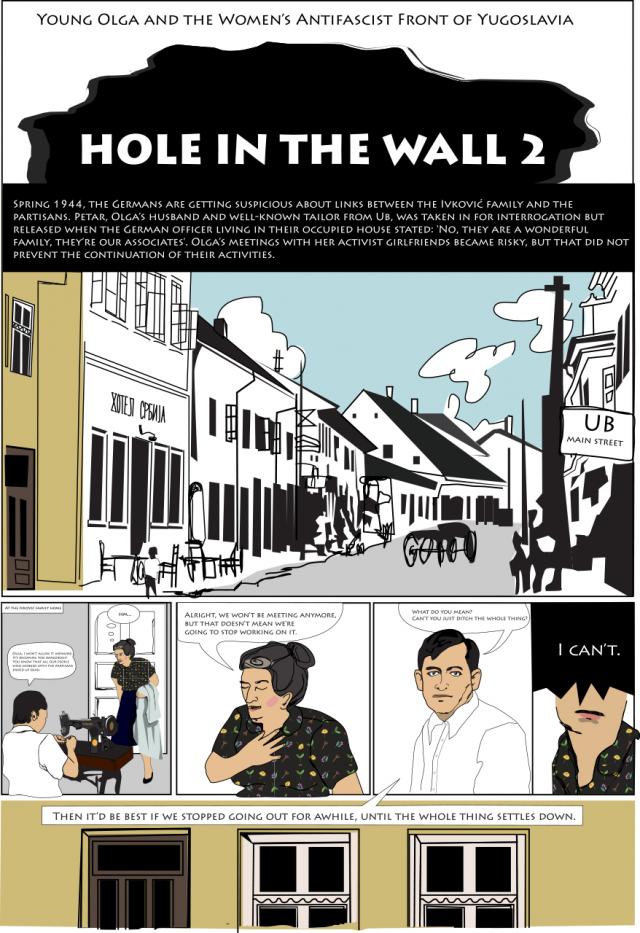 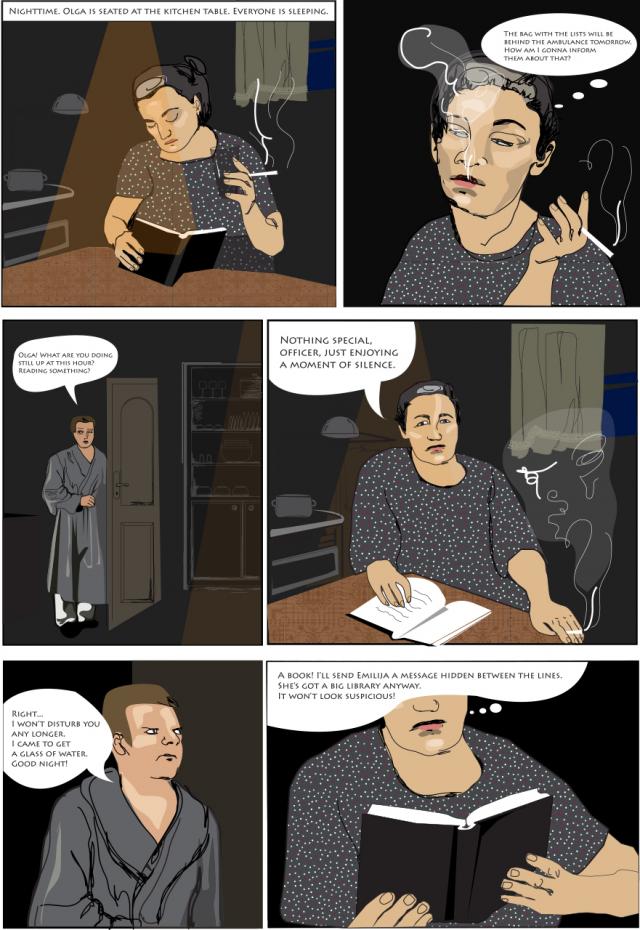 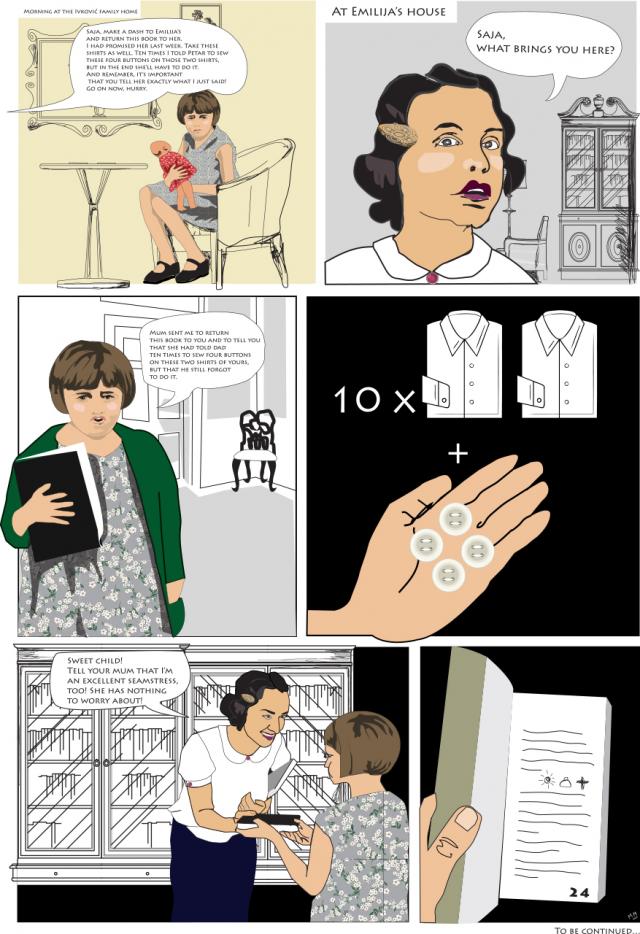 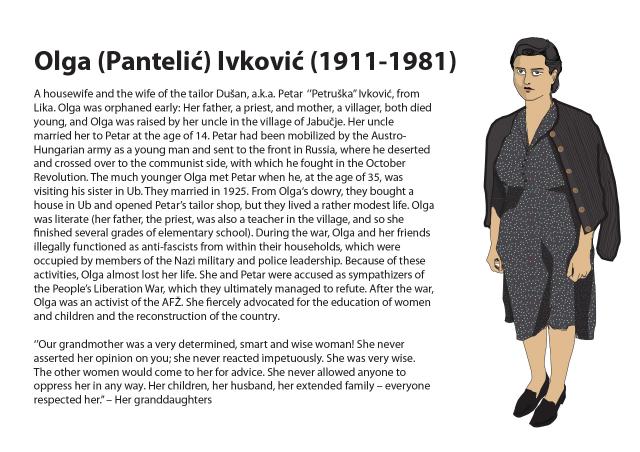 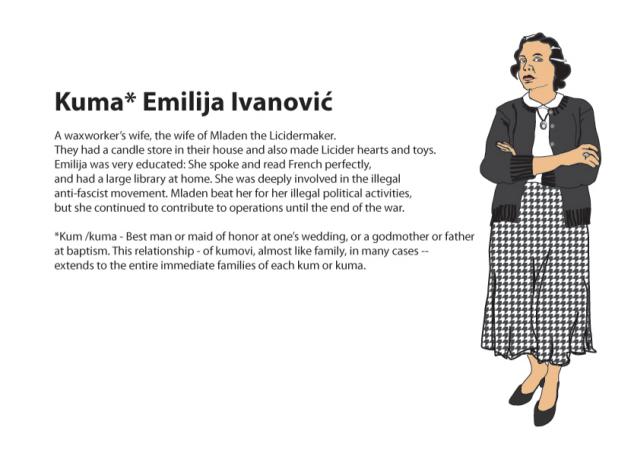 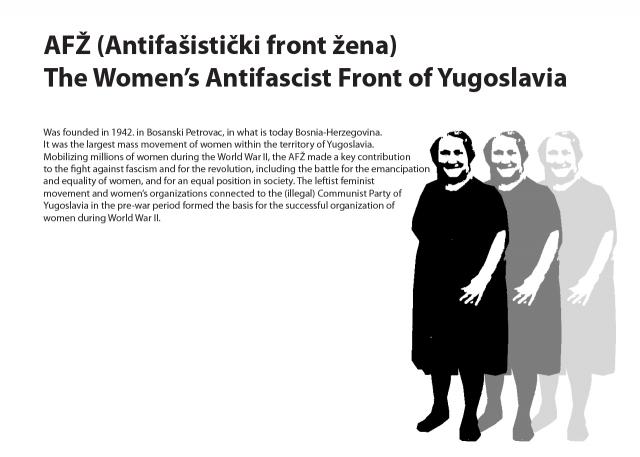 HOLE IN THE WALL, a comic by Marija Marjanović and Jovana Kocić Jurić is a reconstruction of the memory of their great-grandmother Olga and her friends, their secret involvement in the Women’s Antifascist Front of Yugoslavia during the Second World War.

Jovana and Marija experience an empowering effect while discovering the story of their female ancestor Olga, who was a clandestine anti-fascist activist in the WWII. It was a feminist confirmation of their intuition that there was something politically strong in their family history, although “they didn’t really know it,” since the patriarchy tends to eclipse stories of women with the more “spectacular” revolutionary endeavours of their husbands. This comic-in-progress is based on true events and the memories of Olga’s grandchildren, Jovana and Marija’s mother and aunts, namely Spomenka Nešovanović, Nada Marjanović and Olga Kocić. They were interviewed in Belgrade in 2019, to mark March 8th, International Women’s Day, which was the most important holiday to Olga.